To make a short story long..

It was a giant Oak tree.It has always been that.She shared everything with the tree.In fact the Oak tree was her confidant.It knew everything about her.The tree had always been in their garden.It was probably centuries old.It must have been there before her dad bought the place a decade back.Now she was there,standing before the oak tree holding back her tears.She never thought she'd forget the lines.It was her first recital and she made a fool of herself before the whole school.Halfway into the recital she was gasping and hardly a word  came out of her mouth.She started sobbing ran down the stage on to her mom's embrace.And now there she was to pour her heart out to her Oak tree 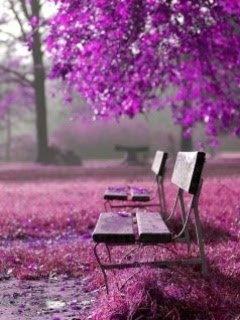 She wanted to get into her office immediately.Her corner office made her shut off the noisy outer world.Her corner office amidst three sixty degrees of tall,glass windowed,multi-storeyed buildings.For the people who see from the outside her world was full of happy successful people.They represented the tiny percentage of people who made a good fortune.The ferraris and the BMWs stood as material proofs.But she knew all these did not matter the least.If only they knew what it was like to be in the corporate world.
It was her eighth birthday.She could not keep her hands off her new bike.It was a gift from her dad.Something she never asked for.Something she really was happy to have been gifted with.She was riding it in circles around her Oak tree.This is a happy memory that would last for years.
She was never late to work.The other staffs have never seen her arriving.Rumour was that she never left her corner office.She loved the place.She was poring through the dozen page long report that she was to acknowledge and the one in which the guy in administration had rambled upon for pages and pages which could've been a much shorter report.She hated inefficiency.She was a leader and a tough one at that.
It was her twelfth birthday.This one was different from the rest.Her dad had passed away three months back.Pneumonia did not have a good choice in picking victims.While rogues, thieves and murderers lived her dad had to meet death.She learnt not to believe in fairy tales.
She was thirty five.She could not keep count of her age.She loved her work.That made her younger and more attentive by the day.Pushing the report out of her mind she glanced out of the window.it had started snowing early this year.She hated winters.They somehow made her sad.Made her feel lonely and miserable.She never showed her emotions.She shared everything with her mother.But not how she felt when she saw regular women doing regular works.Shopping,taking their kids out for a walk in the park,dining with their husband.Sometimes she wished she never excelled.She would've been like those women happy,whining about unpaid bills and too many kids,but happy nevertheless.
She topped her class in high school.Her successful run continued at college.She was stunningly beautiful.She was taller than average,had long fingers,had that natural tan which girls of her age died to get.Yet she was never asked out for a date.Guys were scared to ask her out.Girls and guys were equally intimidated by her beauty and success.
The coffee on her table had turned cold.She was lost in thoughts.Seldom was she distracted from her work.But it was all until age lines started showing themselves.One of the boldest women you'd see started feeling more and more insecure by the day.
She stopped receiving gifts for her birthdays.It reminded her of her dad and she did not want reasons to feel weak.She learnt the art of accepting life as such at a very young age.She qualified with top decree in from one of the most prestigious business schools.Everyone thought she'd start her own business,with a rich background one would normally be expected to do so.But to everyone's surprise she joined a law firm which was almost broke.It was owned by her dad's lawyer and best friend.She knew the place had potential but they never worked as a team.She was expected to lead people and she did and have been doing it for the past fourteen years over which the firm had evolved as one of the most successful.This indeed was a success story that was often quoted upon.
It was time for her meal.She never had he lunch with her colleagues.She was a regular at the restaurant three blocks away where she could see all sorts of people while she sipped her coffee or cut through her steak.She liked people.She would have loved to have someone to share all these with.
She went back to her office after a quick bite.She had to finish another report.She entered her corner office.Felt home.Removed her coat.Put it carefully on the hanger.She sat on her cozy chair while she saw a folded piece of paper.
It had the name of the restaurant she just came from.It said dinner tonight.She usually had dinner at home.Alone.Probably a toast and coffee.But her curiosity got the better of her.
The snow was heavy.There were dark clouds.Seemed liked it would rain.It was six in the evening and for some reason she was excited.People never left her notes.People never contacted her,but for anything official.She felt a tingling sensation since the moment she folded the note and kept it in her coat pocket.
It was raining heavily.Thankfully the place was only three blocks away.The place was nearly empty,given the rain.She found her usual table.Another envelope.The person knew where she would sit.She was taken aback.Thought it was some cheap prank someone was playing on her.She opened it.The note was handwritten.

If you're reading this,this indeed is the day I better start believing in luck.You better start having some company when you drop in here the next time.The way you look at people and the urge to share something about them and the dismay on seeing empty chairs all around you makes the even the heartless weep.I could have told whatever I'm coming to say at so many different occasions.But all those moments you barely had the time to hear this.So I though I better make you take time out of your life for I have become tired of waiting.

The first time I wanted to say this you were in tears.Its not that I did not want to disturb you,but I was busy looking at you,beautiful with tears and red cheeks and by the time I realised I had to make a move you were long gone.

The next time I did not want to deprive you of the happiness you were experiencing on getting your first bike.

The only thing that's missing here is the Oak tree.Your Oak tree.

I could've asked you out during college.But I did not.I too was one among the many who were intimidated by your beauty and brains.Deadly combination I would say.Success was your middle name.

I could fall in love everytime I saw you.You truly swept me off my feet.I could feel that you were feeling lonely.I did not know to seize the day.I don't think this letter explains enough.But I'll promise this,given a million chances I'll choose you every single time.

It took sometime for her to take all this in.She never expected something like this to come her way.She stood up,turned back.She saw him smiling at him.The rain outside stopped.Tears rolled down her cheeks.She felt it.She felt what she dared she'd never feel.He made her feel it.