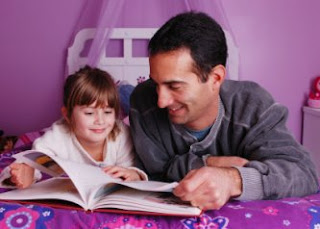 The phone rang. It was picked on the second ring.

"I shall tell you a story", came the reply.


"I don't know. In fact I don't know who the story is about, how many characters are there or how it will end. All that I know is there was a little boy of four who lived all by himself in a castle surrounded by huge walls the size of giraffes"


And thus starts our story. We don't know if its big, small or that first line is all that he has. Lets not waste time, she needs to sleep.

***
There was a little boy of four who lived lived all by himself in a castle surrounded by huge walls the size of giraffes. Everyday the boy used to wake up, play and eat the food that presented itself on the big table in the dining hall. And that day, as usual he was playing and loitering around the castle. He seemed bored. So he thought he'd go to the terrace. He sat down wondering what to do to while away time. He said to himself 'If only there was someone nearby to talk to him or probably tell him a story'. Suddenly the place turned all dark. One of the clouds floated towards him and started speaking to him.

"Feeling bored are we?"


"Do you know why Sun sets when the moon shows up and comes back only when it leaves?"

"Let me tell you why", said the cloud and started its narration.

" The Sun and the Moon were once happily married. And we clouds were close friends of the sun and the moon. We were the happiest when they got together. They led a happy life and as a result of their love for each other they were blessed with seven children. Years passed by and their children grew old enough to take care of themselves. They moved out of their houses and went off to stay at different places.

The Sun and the Moon decided that they'll  visit their children once every week. And split the seven days among each one of them. It continued for sometime and then came the fights. Winter came and the Sun would oversleep. He would go to bed early. The Moon was growing old too. She did not like it. The Sun missed visiting the kids on more than a few occasions. And then it grew big. They quarreled, stopped talking to each other and they split.


We clouds cried so hard. We were very close to them you know, we couldn't bear it. Then the seven children decided they should get together and do something about it. So Violet, Indigo, Blue, Green, Yellow, Orange and Red came together and made a rainbow and bridged the Sun and the Moon together."

The boy had slept. 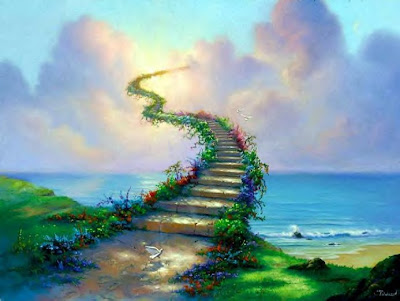 ***
He held on to the phone for a whole minute. Heard her breathe into the phone. She was sleeping. He was smiling.
This could've happened.