Dadagiri all over again :) 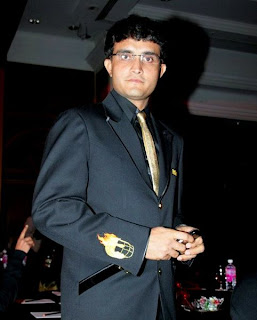 KKR Up against the defending champs DC,

Put on to bat first,

Captain himself going out for not in the same over,

4 wickets down at the end of five overs,

All credits to Sourav Ganguly.. the Knights' 'rider'

It was simply great to watch him come back as a captain.. The way he stood for the toss.. The way he said "We're hoping for the best" .. The way he walked into the field.. The way he adjusts his helmet.. Changes the field.. Switches bowlers.. Appeals for a wicket.. Smiled at Ravi during the presentation.. Whoa man.. Sourav's the best!!

I was all excited to watch him play after a year.. Such a commanding player.. A smart captain and a pro at it.. One of the best players India has ever produced and the peak reason Kolkata should be proud of.. :)

A career of ups and downs.. So many people outrightly showing hatred and opposition  yet with a million faithful fans Dada took Indian cricket's graph to its peak.. Though Azhar remains as India's smartest cap.. producing a fairly high winning record.. Ganguly remained consistent,supportive and most importantly delivered under pressure.. Came to the rescue of the team at the twelfth hour.. be it Kenya or Australia.. Sourav approached them alike.. Analysed the game.. made calculations..Won tournaments.. Took India to the finale of the biggest event in 2003.. Statistics stand tall.. Record books speak volumes and yet he's the humble son of the soil.. 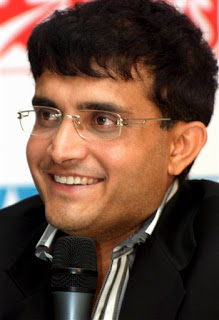