What not to do as an engineer..

This is a post I write for a blog that I'm a proud co-author of.The place where I originally wrote the post is this Engineering Revealed :) . Swathi (Sti),Prem and myself work as a team :) Swathi writes at All that you wanted to know. Visit and follow those as well..


Growing up, I never thought of becoming anything but an Engineer.Those were the days where families like mine provided only two choices,Engineering or Medicine.There were times when people would hold my hands as a kid,draw me close and ask what i wanted to become when I wanted to grow up and before i could come up with an answer they would give me choices: Engineer or Doctor? I'd say with a really big smile that I wanted to become a Computer Engineer.I still do not know what i was thinking at all those countless moments I chose to be a Computer Engineer.Though the choices seem so narrow and absurd today,it appears that I really wanted to be an Engineer, or let me put this way, I did not want to become a doctor.There were times we used to ask each other in class what we aimed at becoming.Usually the first day in every grade that I came through was meant to be self-introduction classes.There were teachers who revised alphabets for the whole of first week,which thankfully stopped with class six.Coming back,those self-introductory classes too found me choosing Engineering.I looked up at people who proudly proclaimed that they wanted to become police officers,pilots and collectors.Well,in short I grew up thinking Engineering is cool and Engineers are super heroes who saved the day.As the wheel spun I entered high school and I  thought it was time to decide on career,whatever I thought it meant that day. Through the ages,I took up a liking for Mathematics and Science,Physics to be precise.But then,like for Mechanical Engineering anything that moved did not inspire me.I thought all Aeronautical Engineers became pilots or astronauts and I ruled it out as I wanted to become neither.Higher Secondary school and I had to choose between three streams Computer Science,Biology and Commerce.I definitely did not want to become a Doctor and hence Bio was out.I had no clue about Commerce and hence I ended up choosing Computer Science.There came THE point where i had to pick a college and course.That was either probably one of the worst decisions I made or I turned a wonderful opportunity into one such devastating choice.This will be answered in the future.I picked Electronics and Communication Engineering(ECE).This was(is) supposed to be the creamiest of the courses and everyone I knew were doing ECE and I did not know which one to choose! And I admit I picked Electronics without being sure of what the consequences would be.That crashed for  numerous reasons,or I presumed it did.Now I am here after having chosen something that I wanted to become,Computer Science Engineering. 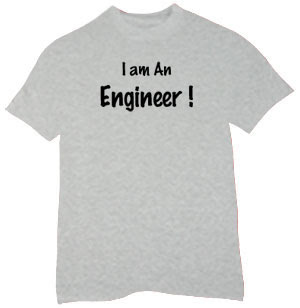 Inference(s):
The first line of this post is the best lie an Engineer can come up with.
You can see that the choices I made were based on what i did not like and not on what I liked.This is something that I wouldn't advise you to do.Thankfully the accidental charm lasted till higher secondary atleast till it came crashing down at college.
Always think of science as means of living and not as a part of life.Science in itself is a life that is visible only to those who live and admire it.Happy,honoured and proud to be one among the many.
Commerce is for those with lesser marks is a complete bullshit and I badly want that myth to change.Commerce is a brilliant field and people die to become experts and attain excellence in that field.
Always have short term goals,work on them.
Do not make choices when you are happy or emotional.
Hear everyone but listen only to the learned.
Have passion and never lose hope.Follow these two and you'll be thankful one day.
Never assume anything in your life.Failure and reality slaps you right on the face.
As a being,one have to endure failure at some point or the other.Cry but act upon failure.
Constantly try to achieve excellence.Success will follow.
Fall in love with Mathematics or forget being a good Engineer.
Swear to contribute atleast the slightest to the field you study.Never forget your teachers and most importantly the lessons you learnt.
Life can only be understood backwards.Never try to connect the dots beforehand.
Appreciate science.
Learn,love and live.
Always remember what not to do as an Engineer.. 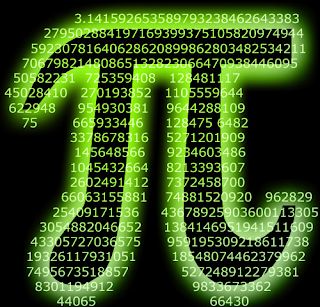 PS:You'd have noticed that the words Engineer and Engineering begin with caps in the entire post.The stress is to stress that I love Engineering and I'm happy that I call myself an Engineer.I cannot imagine myself doing anything other than Engineering.I forgive myself for all the poor choices I made.. for life is, but a learning process.
Scribbled by.. Vignesh at 11:26 PM